Cleaning up after Fireworks 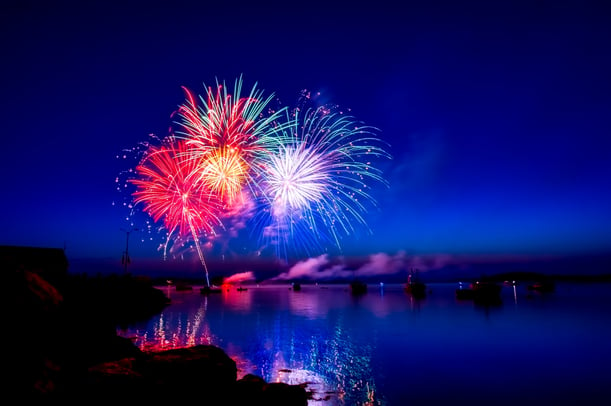 After New Year's Eve, July 4th, and other holidays where fireworks play a part in your festivities, it's important to know how to safely dispose of the leftover fireworks as well as the debris and assorted trash. Here we'll give you some tips on how to do just that, as well as some fun facts about fireworks!

Fireworks are a form of gunpowder initially used by the Chinese to ward off evil spirits. Gunpowder itself is considered one of China's "Four Great Inventions", the other three being papermaking, printing, and the compass. To this day, China remains the largest producer and exporter of fireworks in the world. With the spread of the use of gunpowder, so followed the use of fireworks. In American history, fireworks were first used to celebrate Independance in 1777, one year after the signing of the Declaration of Independance and six years before the Peace of Paris. President George Washington's inauguration also utilized fireworks as a part of the festivities.

Fireworks are fairly simple in their production. They usually have four parts: a fuel for it to burn, an oxidizer to support the combustion, a color-producing chemical, and a binder to hold it together. By using different chemical inputs and construction methods, firework producers are able to create the myriad of colors and displays that we're all so familiar with.

In the United States, firework production, distribution, and usage are regulated on a state and/or local basis, with the laws pertaining to fireworks varying widely. It's important to know and follow the laws of both the locale where you purchase fireworks, as well as where you intend to use said fireworks. If you are uncertain of the laws, contact your local mayor's office to find out. For safety concerns, you can contact your local firefighter station.

While your local firefighter station is usually the best source of information for safety concerns relating to fireworks and other pyrotechnics, here are some tips that we've found to be useful.