Bleach vs Vinegar: What is a Better Cleaning Agent?

Anyone who has, perhaps too eagerly, used chlorine bleach to crucify the germs living on a countertop, a cutting board, bathroom grout, or anywhere else probably knows that the harsh cleaner can singe your nose hairs, if not leave you gasping for breath. However, food-safety experts insist that it's the only material that should be used as a disinfectant solution against food-borne illnesses, and many bathroom-grout scrubbers are convinced that it's the only cleaner that will remove tough mildew stains. Could they be missing an equally effective alternative? Or is vinegar disinfectant best used as a second-string solution?

Pros: Chlorine bleach is an extremely effective germ killer. It's one of the only household cleaning materials regulated by the U.S. Environmental Protection Agency (EPA), which means that it's been tested and shown to kill microorganisms, such as the E. coli, responsible for many cases of food-borne illness. And it takes just a small amount to do this—1 part bleach to 4 parts water—so you can stretch a bottle for quite some time.

Cons: The production process for chlorine bleach is pretty nasty; it releases cancer-causing dioxin as well as brain-damaging mercury into the air surrounding chlorine plants. If you have kids in the house, you need to take precautions: According to the American Association of Poison Control Centers, chlorine bleach poisoned 14,400 children under age 6 in 2007 (the last year for which data is available).

Pros: The vinegar you buy in stores, whether apple cider, balsamic, white, or another kind, contains 5 percent acetic acid, which does have antimicrobial properties. Various studies have found that vinegar, usually in combination with table salt or hydrogen peroxide, can inhibit the growth of some strains of E. coli. It's also an effective mold killer. Its production doesn't take such a toll on the environment, and while it can be pungent, a whiff of vinegar cleaning mix won't sear your airways.

Cons: So does vinegar kill germs? The exact science is a little murky. When it comes to food safety, vinegar hasn't been as thoroughly tested as chlorine bleach. Studies that find it kills germs are generally vague in terms of how much of the germs are killed and how much are left behind. While we often recommend it for general cleaning, it would be great to have more specifics on its germ-killing capabilities, especially for people who have someone with a compromised immune system in their home, or some other reason to be extra concerned about germs. Also, some people do have a problem with the smell (though it's odorless once it dries).

So Which Is Better?

Vinegar …with a few exceptions. When it comes to your immediate health and the health of the planet, vinegar, a natural disinfectant, is probably strong enough to handle most germy tasks, and when it doesn't work, resort to hot soapy water. Use bleach as a last resort, use it sparingly (follow the 1:4 ratio), and make sure the room is well ventilated so you don't hurt your lungs. Also, never use bleach in combination with another cleaner, even vinegar, as toxic fumes can result. This is particularly dangerous considering that pre-made cleaning products aren't required by law to disclose their ingredients, and you may unknowingly use an ammonia-based cleaner before or after swabbing down a surface with chlorine bleach (mixing chlorine and ammonia results in a toxic chlorine gas).

At the same time, you have to realize that germs are everywhere, and it's impossible to eradicate them entirely from your house. Here are a few instances when vinegar is best, or when chlorine may be needed, and ways to save money and use neither:

Susan Sumner, PhD, a food-safety scientist at Virginia Tech, has researched the effectiveness of vinegar since the late ’90s. She found in one study, published in the 1997 issue of the journal Food Microbiology that spraying vinegar and then spraying hydrogen peroxide on produce killed a majority of E. coli, Salmonella, Shigella, and Listeria bacteria. You can also mix it up, using hydrogen peroxide first, just as long as you don't mix the two together (they're less effective that way). Let the produce dry before you eat it.

The EPA actually recommends against using chlorine to kill mold, since it may kill the mold on the surface but not its root system deep behind the wall. The most effective way to control mold or mildew growth is to find the source of the problem, such as the crack in your bathtub grout. Vinegar will function in the same way as chlorine; so if you need a surface-mold killer, opt for the natural disinfectant that won't burn your lungs (chlorine is also hard on building materials, and causes them to break down faster). Spray vinegar on surfaces and leave it there to dry.

Hydrogen peroxide and vinegar, and even salt and vinegar, will cut down on some level of food-borne bacteria. For thorough protection, rather than resort to chlorine, simply use separate cutting boards for produce and for meats, and wash both in hot, soapy water when you're finished.

Researchers have found that wood cutting boards are less likely to harbor bacteria than plastic, and if you're still worried about lingering germs, microwave it. Microwaving plastic has no effect on germ growth (plastic doesn't get hot enough fast enough for the technique to work), but it will kill germs on wood.

Sponges can harbor more bacteria than any other kitchen tool. Rather than soak them in bleach, switch to an alternative that you can throw in the wash, such as dishcloths or reusable wipes.

For a professional cleaning service give You've Got MAIDS of Santa Monica a call at 310-435-5420 or visit us at www.santamonica.youvegotmaids.com.

Check our website for a free estimate or call us today! 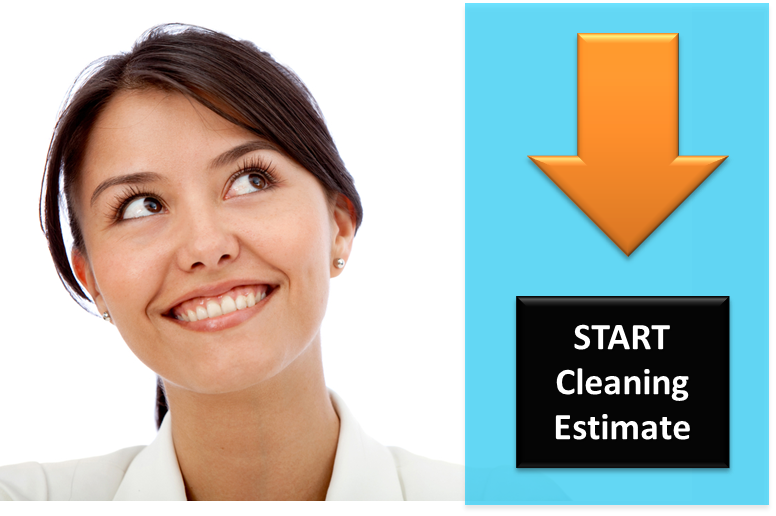