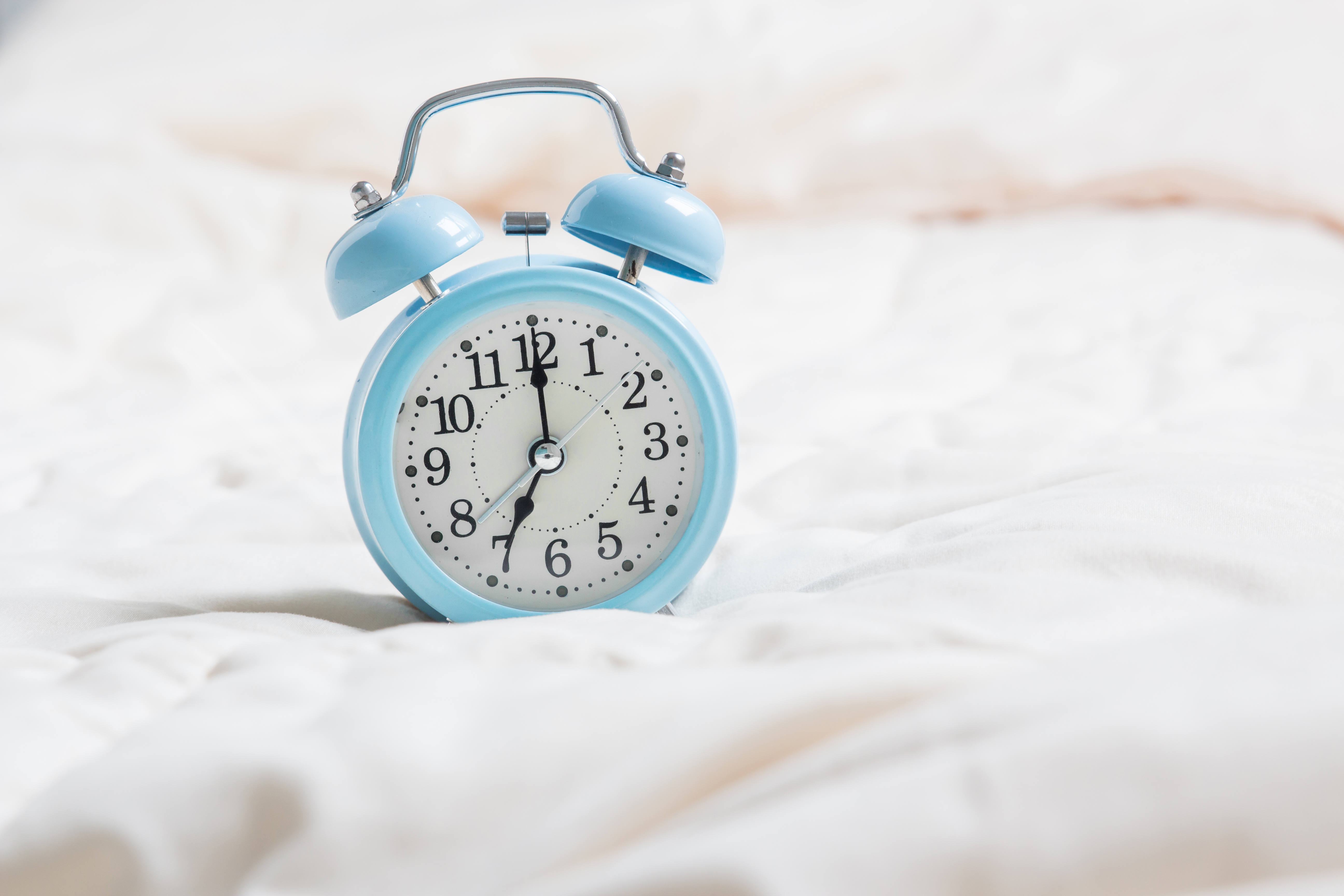 Stop All the Clocks for Daylight No Time

What Does a Steak, and a Clean Office Have in Common?

Someone once said to me that one day, somebody must have been out fishing and said “I’m a bit hungry, I think I’m going to eat an oyster”. And it must have been a bold man that first did so.

Oysters are not my thing particularly. I love fish but just not oysters. When I order a seafood grill at The Lure in Camarillo, Laura, our favorite server knows without having to ask me, to substitute the oysters for scallops. As much as I don’t like oysters. It's not oysters that were the big foolish mouth-adventure for mankind; the real idiot was the first man to eat a well-done steak. We are so familiar and comfortable with cooked food; we can barely comprehend how strange it must have tasted.

Nobody has the faintest idea when the first steak was grilled; actually, a lot of people have faint ideas, and they range from 10,000 to 2.5m years ago. But imagine, all you have ever eaten is raw meat. Burnt meat must have been truly disgusting. Everything about it is alien. The temperature, the texture and the taste. Our palates are a combination of acquired instinct; poisons taste bitter, mother's milk is sweet and learnt cultural and aesthetic prejudice, like the Chinese don't drink milk, the Jewish don't eat pork, and everyone in peep-toe heels likes champagne apparently.

So, burnt meat won't have been an eureka moment, but the benefits of cooked meat aren't about aesthetics. Nicety follows necessity. If you roast your meat, it's easier and faster to eat. You can consume more, and this is all-important for little naked men who are competing with a host of predators and scavengers that come with integral butchery sets in their mouths or claws. Cooked meat allowed us to absorb the protein we needed to make big brains and come up with other good ideas after flame-grilled sirloin. 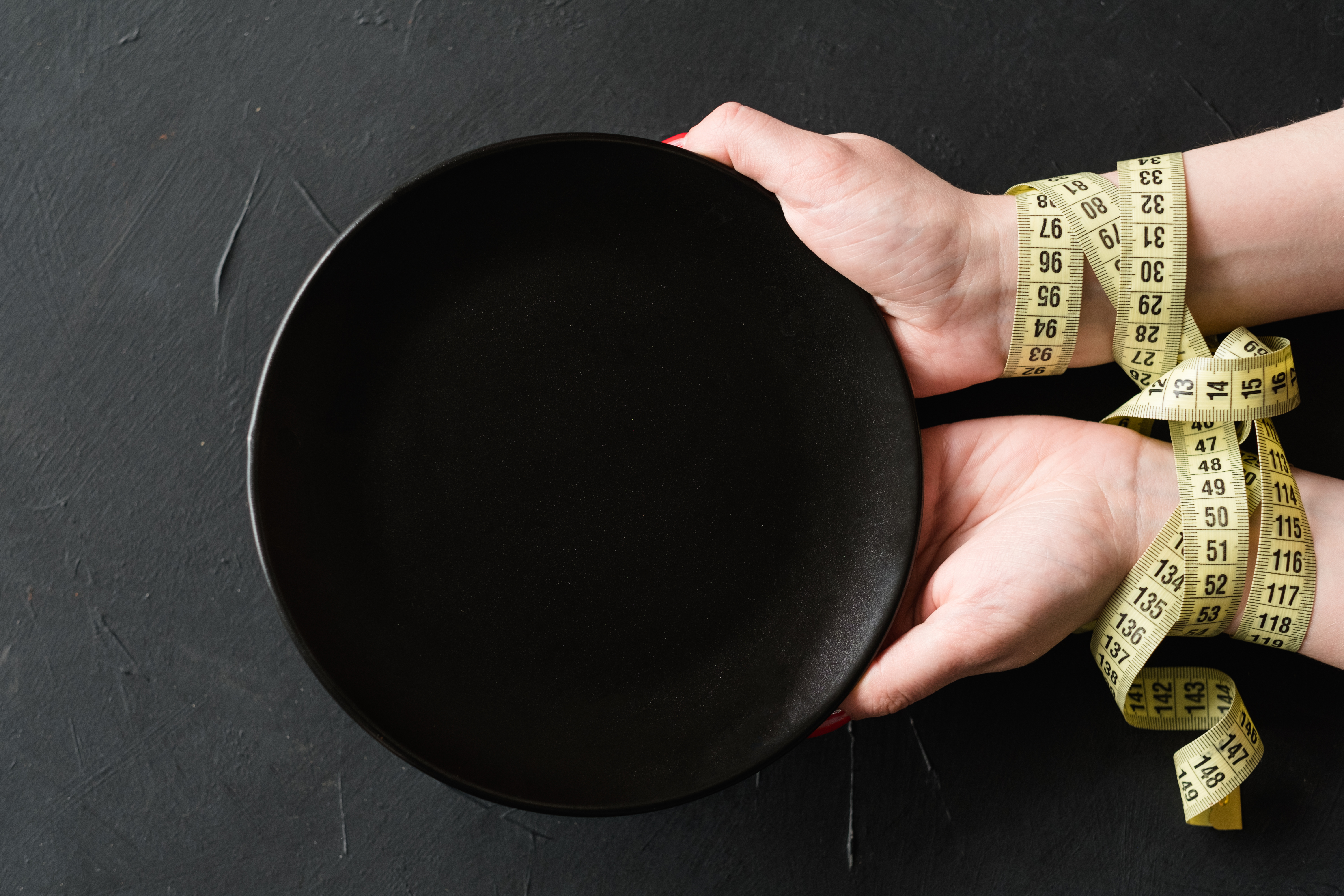 Every year, thousands of people from around the globe wearing terrible sweaters (or jumpers) travel to a huge electronics fair in Las Vegas to get all over excited about the latest breakthroughs in consumer gadgets. None of which is useful. And none of which will work.

One exhibitor was displaying something like a combined cigarette lighter and coat hanger. A dishwasher that you could use in a car. Why? Which makes you wonder who on earth thought: “If only there were some way of washing these breakfast bowls and coffee mugs up before I get home.”

But the invention that really caught a lot of attention was a belt that warns the wearer when they’ve eaten too much. This seems unnecessary. I wear a belt every day, and although it’s quite basic in so far as it’s just a leather strap with a buckle and very low-tech, it’s perfectly capable of letting me know when it’s time to put the knife and fork down.

Now, the past year, I have really begun to gain weight. I’m not eating anymore than I was but I am exercising less. I used to live 2 blocks from the beach in Marina del Rey and I walked nearly everywhere – you have to, there’s so much traffic. My office was in Santa Monica and if I knew I had no meetings to attend that day that would require me to drive to Camarillo or Thousand Oaks, I would walk to the office and depending on my schedule, rather than get a cab home, I would walk home too.

Tips from You’ve Got Maids in Camarillo, Malibu, Thousand Oaks 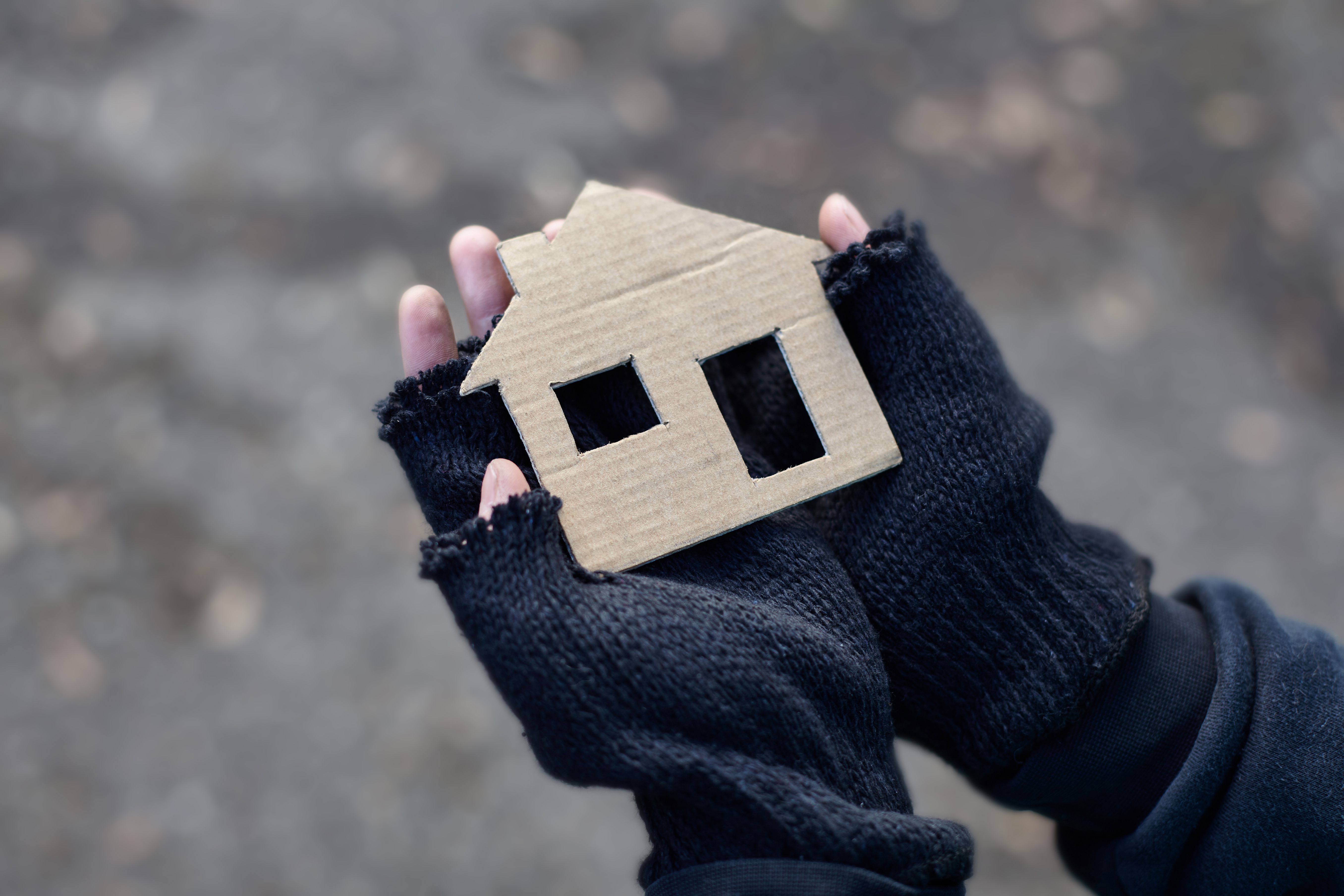 Hopefully It Never Happens to You...

Besides terminal illnesses such as cancer, particularly in children, homelessness is one of the facts of life I detest the most. I understand that it must be very scary to find yourself with no friends or no family to turn to and nowhere to stay. I think often about how terrible that moment must be when you realize, for the first time, that you really have no bed that night. It sends a shiver down my spine.

Couples Fight; But, I Have the Solution

Research claims that married couples fight more about house cleaning than anything else.

My wife and I have been together 11 years next month and whilst we do have a happy marriage, it is not always smooth sailing. That said, we work together in the office for 8, sometimes 10 hours a day, and then we go home and spend the next 4 -5 hours together before bed and starting over again. By rights, we should hate the sight of one another, but we don’t. And the reason we don’t is… well, I don’t actually know. I do know that I am very lucky and get a fairly easy deal. At work we both have our strengths and weaknesses, which are the polar opposite to the other’s strengths and weaknesses. We are like Yin and Yang. Or Bert and Ernie. 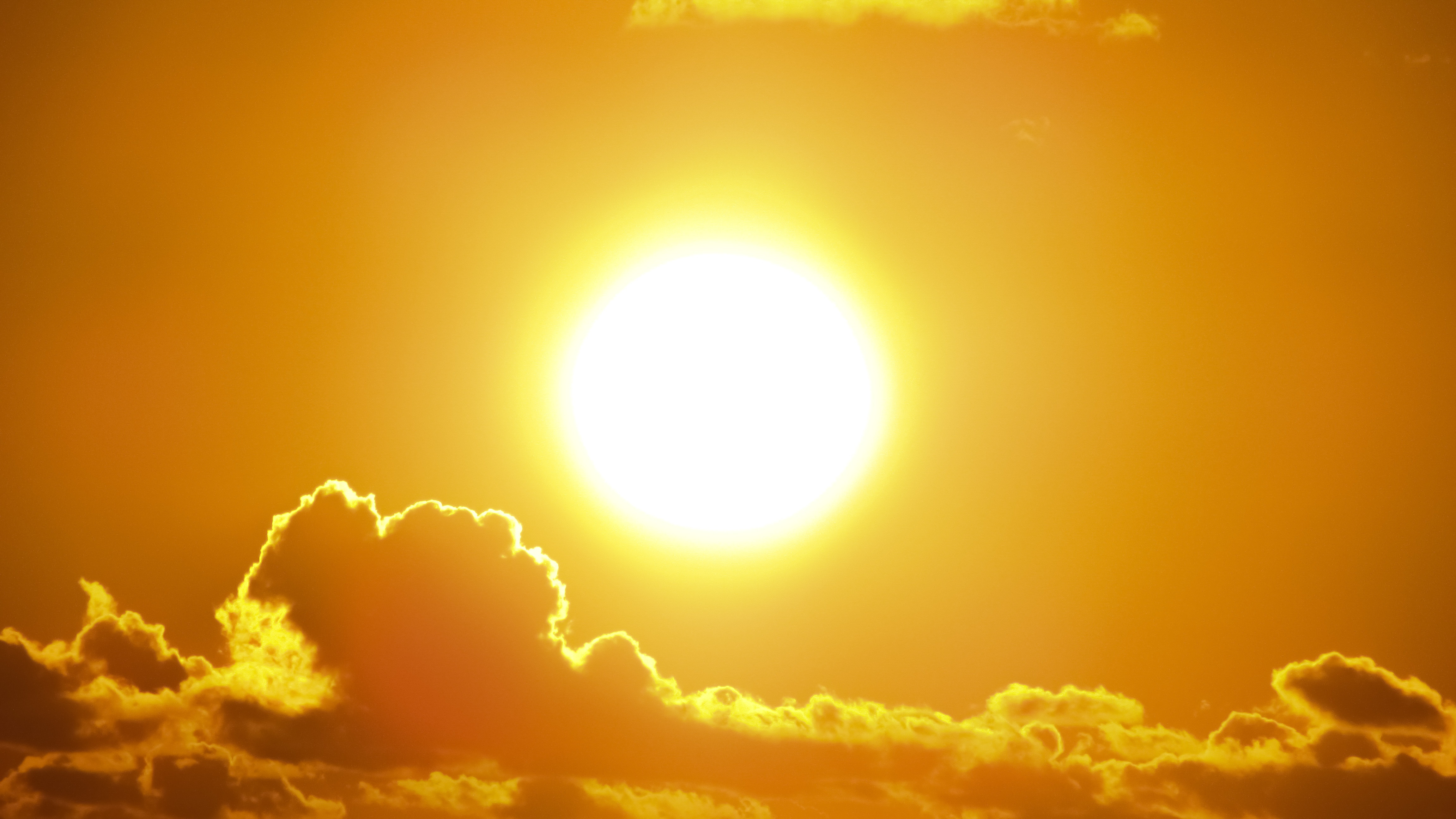 Turn the Heat Down, the Snowflakes Are Melting

In the good old days, when the sun came out in Great Britain, we headed for the beach, or the pub, or we sat in the garden, eating BBQ’d food and drank beer or wine, (or Pimm’s if you want to be very British) whilst taking in some rays.

The sun made us all very happy. But not anymore. It’s forbidden.

As temperatures appeared to rise around the globe last week, there were grim warnings from my home countries government in the UK. “Stay indoors between 11am and 4pm,” they wailed, “or you will all die. Die, I tell you, die!!”

Later they told them to check on our neighbors, because it’s certain a vicious smog would lodge in their throats and choke them all to death.

What used to be called “a lovely sunny day” is now seen as an Armageddon or Doomsday and could potentially be the end of mankind as we know it.

The police told my fellow countrymen that in no uncertain circumstances should they jump into open air swimming pools, the sea, or rivers and when hundreds ignored this half-baked nonsense and turned up for a dip at a newly opened water park, it was immediately closed due to overcrowding of just 23 people.

I spoke to my parents, and they, like others had decided to head to the pub instead, but “Ohhhh Nooooo” screamed the authorities, “they mustn't do that”.

“Do not drink beer when the sun is shining or you will obviously self-combust”.

To the beach then? Nope not allowed. It’s too dangerous and if you drive, you will create more carbon dioxide.

Yoga: My First and Only Experience of This Ancient Practice

Free up Your Time, Enjoy Your Life

I work quite hard during the week, I am up at 6am most mornings, sometimes earlier and I can often be caught sending an email or two in the morning amongst the chaos of getting our daughter ready for school or summer camp before we head to the office, where I will send some more emails. And then when I get home, I will send even more. It seems, I am always at a laptop or a computer.

We run a busy cleaning company and we cover a large area, from Camarillo down through the whole of the Conejo Valley and Malibu. So, our weekdays are hectic. Good hectic but nonetheless, hectic. We rarely find time to relax until the weekend, when we will make sure we spend time ensuring we do everything we can do as a family.

I have always been like this. I would try to work as hard as I can in the week and ensure I had time to relax at the weekend. Before I got married and we had our daughter, sometimes I was working 17-18 hour days and to top that, I was often having to drive 50 miles each way to work, depending on what site I was at that day.

I became so stressed that my wife suggested that I tried Yoga one weekend. My local gym had a class and I decided I would book myself into a class without researching if they were any good at it. 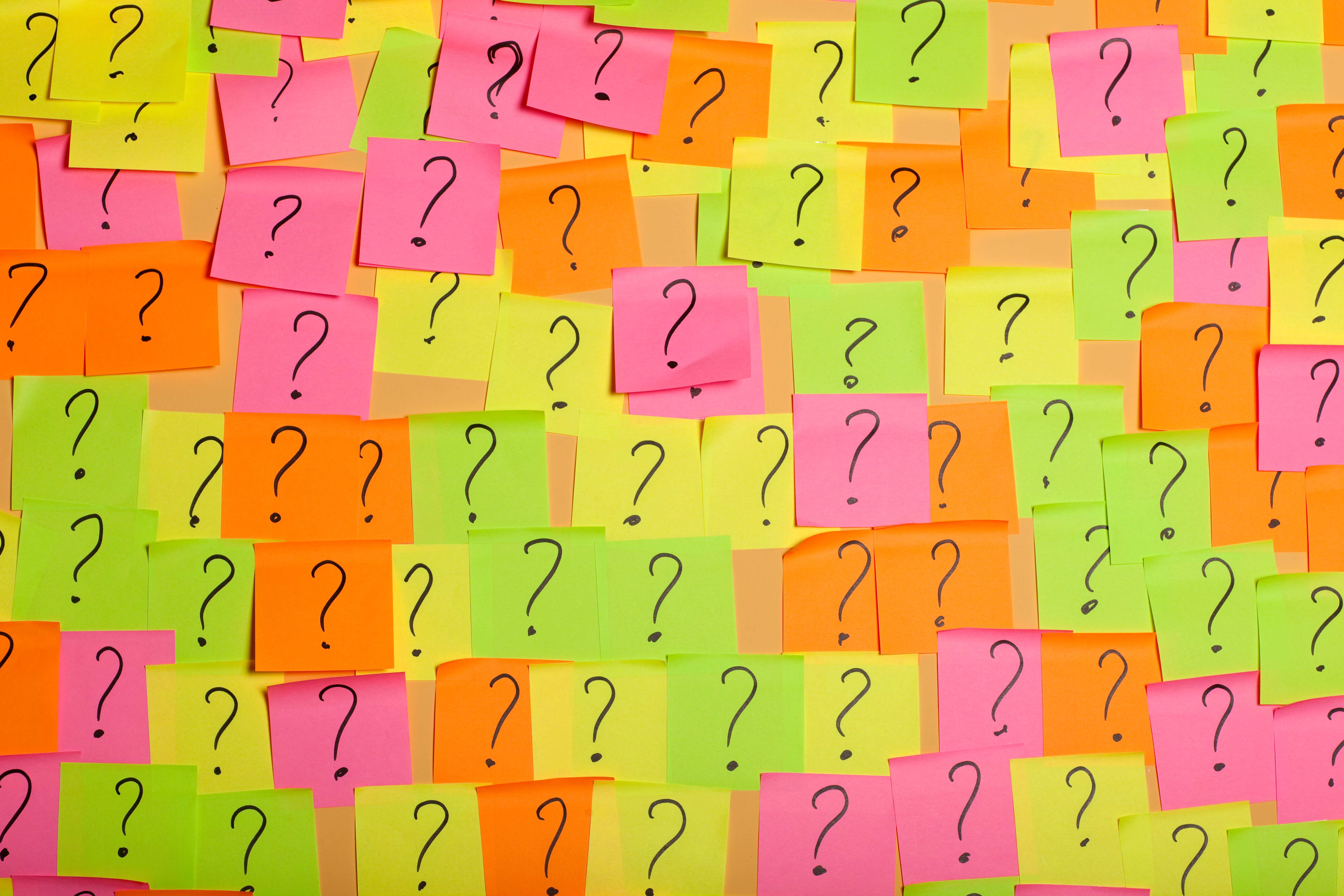 Dont Ask Me, Im a Man

The problem is that most men, and I include myself in this, simply cannot concentrate on two things at once.

The headmistress of a school near where I grew up in London announced this week that when women go away, they treat their husbands like children, leaving lists explaining where the fridge is and what the children need for school.

What Happens Without Car Insurance?

Imagine the results of crashing your expensive car forcefully into someone else's vehicle, consequently wrecking both of them, and being forced by law to pay the bill yourself. Follow through, and I'll show you how to avoid that in all aspects of your life.

In my former life back in the United Kingdom, I used to sell cars for a living. And because I was pretty good at it, I ended up running a few luxury dealerships for the company I worked for. With that, came some great perks like getting to drive some of the most luxurious or exotic sports cars as part of my salary.

Great, or so it would seem to most people, but it really wasn’t. I quickly got bored (or spoilt) by these cars that most people could only dream of sitting in, let alone driving. And besides, they weren’t mine. I couldn’t cash them in to pay my mortgage.

And what’s more, everybody I knew or met thought I was an expert on cars and would ask me their opinion on what they should buy, even though I really had no idea. I knew how to instill into my team how to give great customer service and I knew how to run a business that just happened to sell cars, I didn’t know what the best car to buy was. That’s what our sales team was for.

I always wanted to sell cars in the USA too, so around 10 years ago, I applied for a role at Galpin Motors in the San Fernando Valley and for a while, I really enjoyed it until the long grueling 12-hour days really took a hold. So I promptly gave that up.

Knowing that I worked in the car industry, whenever I was at a dinner, someone would always lean across the dinner table, usually when I was in mid-conversation and interrupt me to ask what car they should buy, I would always reply “an Aston Martin Vanquish”.

They’d then look a bit exasperated and explain they need something cheaper, so I’d recommend, “a 1985 Oldsmobile Calais”. This normally does the trick and they go back to talking about something that is more interesting, such as accountancy, insurance or ornithology.

However, at one dinner event, the man opposite really was quite insistent. He didn’t want an Aston martin or a 1985 Oldsmobile and demanded that I came up with another couple of alternatives. “A Bugatti Veyron or a Hyundai Accent,” I suggested, hoping that would end the discussion. But it didn’t.

“Come on,” he said, “I’m being serious.” So, I suggested he buy a Hummer and attempted to finish talking to the woman to my right.

“What car should I buy?” she immediately asked. I promptly got up, went to the lavatory and drank all of the restaurants bleach.

END_OF_DOCUMENT_TOKEN_TO_BE_REPLACED 0 Comments
All posts Next