The Story Behind : Brooms

Formerly referred to as "besoms" brooms have been around for, well, about as long as floors. Formerly, brooms were often just a bunch of twigs wrapped together with twine, and they frequently fell into disrepair. The association with brooms and witches goes back as far as the fifteenth century. 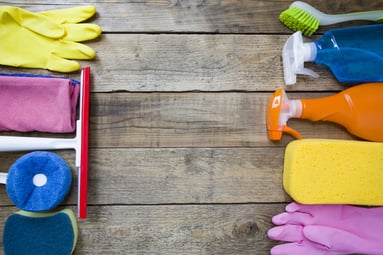 Like with many other things, incredible change came with the Industrial Revolution. The Shakers designed a flat edge broom that was infinitely superior, and the usage sorghum, first implemented by a farmer in Massachusetts, led to a proliferation of factories throughout the nineteenth century. Production eventually centered around Oklahoma, where the resources required were in greatest abundance.

Now, while a broom is readily available, many of our Weekly customers no longer really need to own one. They've minimalized their closet and outsourced the labor, and so can you.