Desperate Housewives 6.05 "Everybody Ought To Have A Maid" Recap

Bree and Karl get ready to leave from Room 217, which I am so going to play for my lottery number today, and a maid (guest star Aisha Hinds) comes in ready to clean. When Bree asks the maid to help her find her earring, she gets a call from Orson and lies about her whereabouts, which the maid overhears. When Bree tries to tip the maid after finding her earring, the maid blows her of with a comment about “dying to get home to your husband”. Bree is none to pleased at all about that to the point where it bothers her even during her dinner with Orson. The scene made me want to puke, because I don’t like when people feel that being in the service industry strips you of any rights as a person. Bree and Orson sounded like the utmost condescending snobs last night. Having said that, the maid was being a little nosy. Anyway, Bree almost let slip that she was at the hotel, but covers that it was a café. After masking what happened at the hotel, Orson suggests she goes back and demands for respect. Whoa, Kimosabi… That’s like asking for trouble for most people.

But Bree does this and the maid simply says that cheating is a sin and that Bree must think it’s ok only if “you wear pearls”. Bree loses this round. But Bree isn’t some unassertive chickadee and she realizes something that I didn’t catch on to. So on the next visit, Bree asks if the maid’s husband cheated on her, which is why she is so against Bree’s affair with Karl. The maid is appalled and leaves, but comes back to say that it was in fact herself that cheated and now she has no husband nor a lover to support her, hence her working at the hotel. Bree admits that what she is doing is wrong, but that Orson is not making it easy, despite him being the “victim” in the relationship. In the end, Bree continues her affair, but you can tell that it’s bothering her a bit.

The maid on this episode of Desperate Housewives is totally out of line. Her job is not to pass judgement on her hotels guest, but to provide a service. She does have one thing right...everybody ought to have a maid. 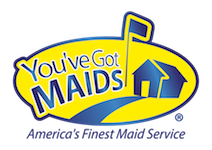